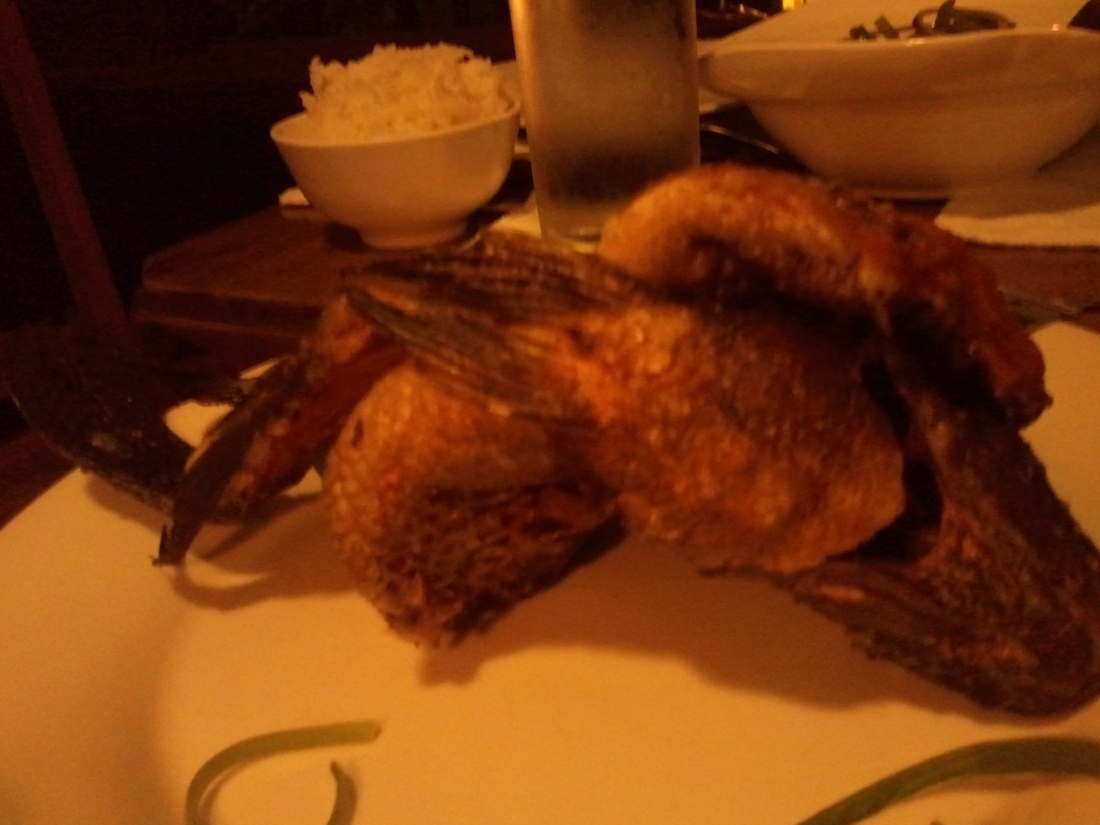 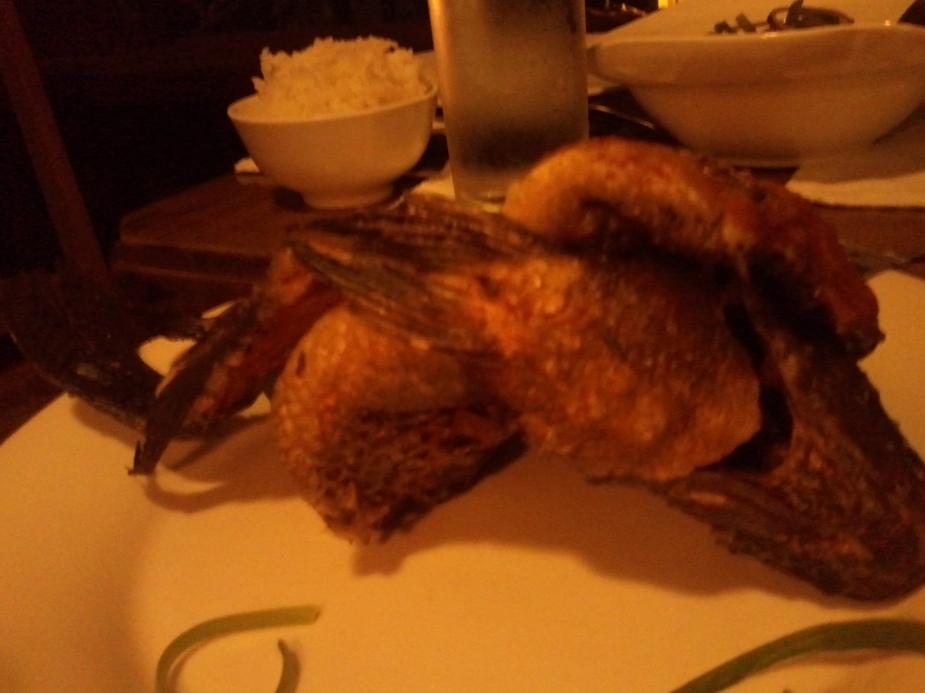 It was fun looking at my foreigner friend, who visited Manila lately, get uneasy about the sight of a fried milk fish during a dinner in a restaurant at the Greenbelt Mall. He twitched, grimaced, and looked at me as if waiting for a clue if he should call to berate the restaurant manager or grab my hand and dash out the door.

But he just asked, “Is that the head?” while staring at the medium-sized fish served with my favorite garlic soy sauce on the side. “Why did they serve it with the head?”

For a while, I wondered if a punchline was coming soon, so I just sat there staring back at him. Then silence. Just his questioning look. I ran a few guesses in my head. This bloke has never seen a complete fish served during a meal? He was uneasy with the fish’s eyes seemingly aiming right at him? He was just trying to bluff me into thinking they served us the wrong dish?

“What’s wrong,” I politely asked. I was surprised by his answer: “It’s not nice to serve the fish with the head and the tail.” Huh, which planet did this guy come from?

I chided him that all fishes, as most water-based species do, come in similar packages: with a head, body and tail. I teased him further and said the brain is the best and most delicious part of the fish head, as I started to peel the cheeks to search for the soft cushy brain mass. He glared at me like he’s regretting that he chose to be in the company of a barbarian in his first night in a third-world Southeast Asian country.

I learned later on from my brother that this specie of a man come from a side of the world where the fish heads and tails are deliberately cut off since those parts are supposedly where some mercury can lurk and get deposited the most. My kuya (a chemical engineer and professor) explained that mercury could be present in some water surfaces because when industrial plants burn coal and emit mercury to the air, they eventually settle down somewhere. And mothers don’t want to feed their kids with fish that swam on those contaminated waters because high levels of mercury in their blood may cause developmental disorders.

So to these guys, mercury is not just a planet but some toxic chemical that could end up in their dinner table. By the way, they don’t like the internal organs, the belly and other areas where fat is stored, too. Oh gosh, they’re missing all the fun parts!

Which makes me wonder: Have I been killing some of my brain cells because, surely, there are coal-(and consequently, mercury)-emitting plants in this part of the world too. I even spent four years of my teen life in the vicinity of a cement plant up north of Luzon because my father worked there.

I check my extremities—fingers, feet, etc—look pretty normal….ah except perhaps for the part of my brain that controls the parts of my body that don’t make me eternally sexy. Mwahaha. (I heard your “wish again,” Jack!)

But then I pause. There must be something that makes this charming encounter with cultural and expectation differences beyond mere anatomy checks and stuff for jokes.

Some recent stories came to mind. One was the brouhaha in mid-2007 over the allegations that the Indian operations of Pepsi and Coca Cola are exposed to pesticides, which eventually make these giant brands channels to putting the second biggest population in the world on a killing-me-softly spree. Or something like that.

Essentially, it was because pesticide residues from the parched communities in India find their way into the groundwater from which Pepsi and Coca Cola source their main raw material: water. Protesters smashed bottles on the streets and some states even went to the extent of banning soft drinks sales. Pepsi was particularly a favorite during the height of these reports, since an Indian CEO was at its helm, Indra K. Nooyi, who’s been a favorite icon of business magazines lately. To them she represents a married woman who can have it all, and how her own persona can change her brand’s image and hopefully transform a now laggard brand around.

At this point, I’m torn between talking about women executives and how the India experience is just another statistic on how social and environmental activists bring a social issue to light by picking on the big and global brands.

Hmmmm…. Ok, I pick the latter. I’m started off with fish heads and mercury anyway.

So, Pepsi is the new Nike. The latter was how anti child-labor and bad-working-conditions-in-the-developing-world groups made their case heard some ten years ago. Of course, that formula (target the global brands to get the message across) has since been replicated in various industries, from garments (Gap) to retail (Wal-Mart) to jewelry (i.e. “Blood Diamond” the movie), to finance (banks financing industries that harm environment, etc), to mining companies, etcetera, etcetera.

So 2007 just happened to lack an icon that year, so Pepsi was it? After all, weren’t water issues becoming the trend last year? Um, it did compete with Al Gore’s global warming. But what the heck. The more the merrier. After all, it did make good copy. The most prominent voice amidst all these was a winner of the 2005 Water Prize award in Stockholm, the same home of the world famous Nobel Peace Award. Beat that! As a business journalist, I’d be dying to write a winning story as juicy as that.

Fish heads and me. We weren’t so different after all.

There was an error retrieving images from Instagram. An attempt will be remade in a few minutes.